Sign up for design resources and freebies straight to your inbox each month!

For more info read our policies 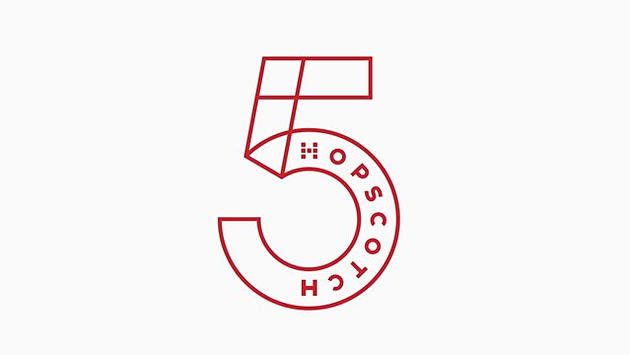 This post is long overdue. And I do mean loooooong overdue. Like 4 months overdue. But at least I am posting it now, right?

Well I’m here to tell you about one of the greatest things I did in 2014 (aside from meeting my amazing boyfriend and graduating from college… priorities.) Hopscotch Music Festival comes to downtown Raleigh every year at the end of summer, and for some silly reason I had never been. But this year I went. Oh I went. I dove headfirst in and left the weekend exhausted, slightly dehydrated, waterlogged, and yet full of new excitement for music.

First of all, one of my roommates played with his band at three different locations during the weekend, and even though I didn’t make it out to see them, (don’t worry, I see most of their shows) it was still pretty exciting for everyone.

The whole point of Hopscotch is that multiple venues around Raleigh host shows all throughout the day, so multiple bands are playing at once. As the attendee, you have to pick and choose which bands you are gonna see and then run from one venue to the next, hence the name Hopscotch. 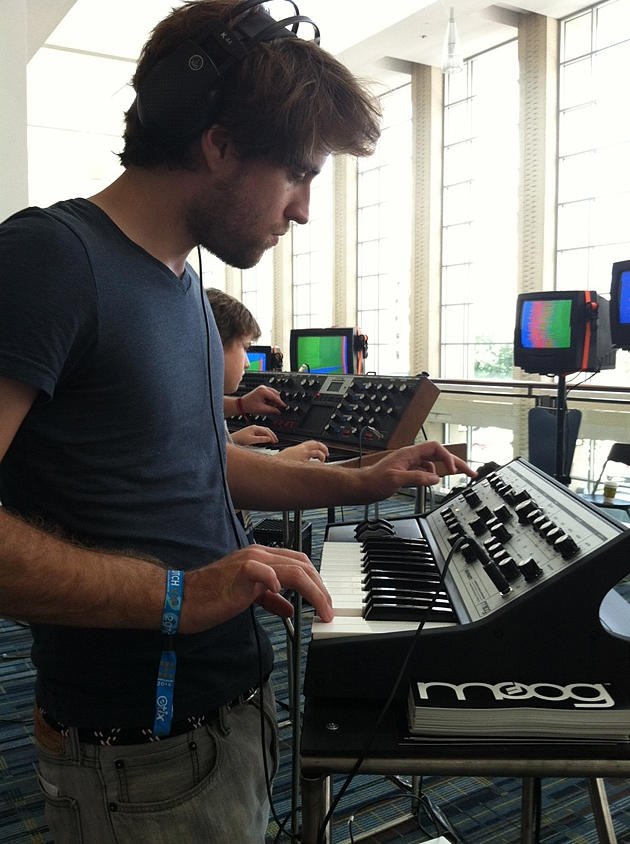 Mike having fun with some Moog synthesizers

Here’s a list of the shows that Mike (bf) and I made it to. 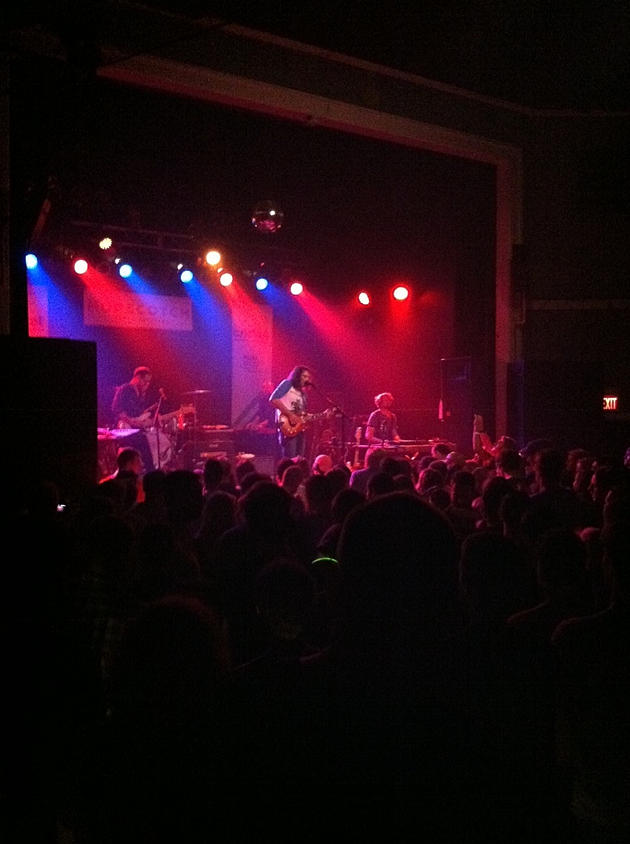 The War on Drugs playing at Lincoln Theatre 9/4

Let me preface this by saying, all the bands we saw were phenomenal (save one, but I’ll get to that). I have never been more impressed with local music and how well they held up against even the biggest names on the list. Everyone just blew me away.

I will say though, a few really stuck out to me, and have stuck with me even four months later, so I’ll tell you more about them.

From the first day:

Reptar: while having an adorable name, they also write really upbeat catchy songs. They played at one of the smaller venues but that was totally fine with me since I was able to snap some (slightly blurry) photos of the band. They also had a trumpet player accompany them while the lead singer played sax which was a fun change up for a pop/punk band.

iiii: rhythm at its’ best. 14 drummers sat at their drum sets on a stage while two men in the middle made electronic melodies. The complex rhythms and yet the incredible unity among them made for a mind blowing performance. 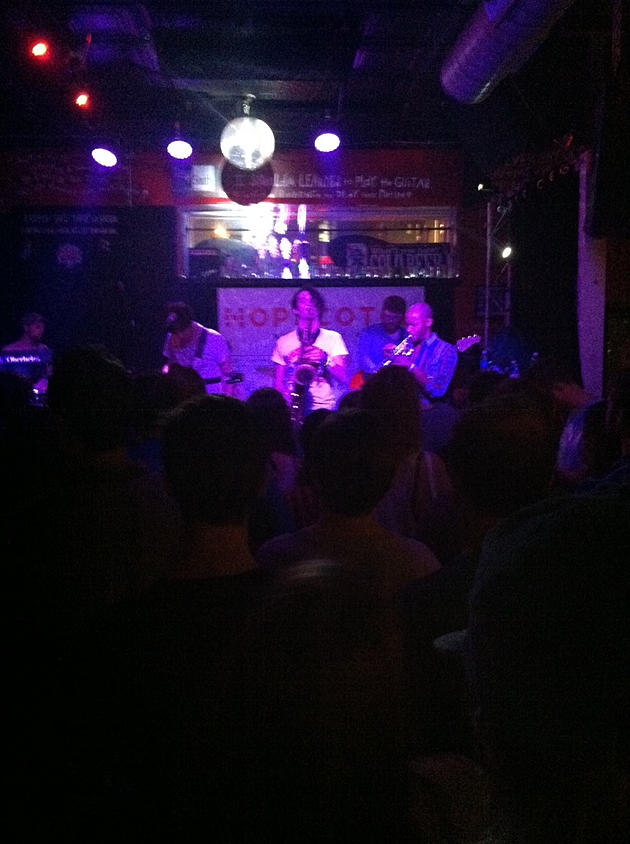 On the second day:

St. Vincent: she opened on the main stage that evening and was as radiant as ever. The whole band had great stage performance and were clearly seasoned professionals. But Annie Clark has a way of electrifying the audience so that they hang on her every breath. It’s now my life goal to be her.

Gems: we saw them at the end of the night, and they were just that, a gem. As just a duo, with the man on guitar and vocals and the girl on rhythm (beats rather) and vocals they created some great chill electronic that still had a beat that you felt in your entire body. Plus the girls voice was beyond gorgeous. I want her to sing to me every day.

On the Third day:

Ava Luna: We caught the tale end of this band and I wish I had seen the whole performance. They were another chill electronic band that I totally dug their beats. Mike and I might have danced a little bit at this performance…

Landlady: this was probably one of my favorite performances of the weekend, mainly because I had never heard of them before this weekend and by the end of their set I was eyeing all of their merchandise because I wanted it all. Their songs were creative, both in melody and lyrics, and they had so much energy, you could tell they really loved the music that they played. I’ve continued to listen to them and keep trying to tell more people about them.

Now to venture into the not so great. If you know anything about this year’s Hopscotch festival, you’ve probably already heard about this. But as it so happens, Sun Kil Moon was ending the night on the second day at one of the venues and I told Mike I really wanted to see him since I had liked his music since high school. We had to stand in line since the place was pretty packed but as we stood there an unusually larger number of people started filing out of the venue. Some were laughing, some were pissed. One guy turned to the crowd in line and yelled “If you don’t know what you are about to walk into, don’t go in there. I repeat, this guy is horrible and yelling at the crowd. Don’t go in.” Obviously that made the people in a line a little uncomfortable, and we were all kind of worried what was happening inside. Of course as more and more people were leaving the venue, they let the rest of us in.

Now what we walked into was both obsurd and highly disappointing. Apparently Mark Kozelek of Sun Kil Moon had been angry with the crowd talking during his set before we arrived (which happens at any live performance) and told them to “Shut the f*** up you hillbillies, important things are happening up here.” Of course, being in the south, no one liked him calling them names like that so they started screaming hateful things at him. So when we walked in, he was telling the crowd he was gonna walk off the stage if they didn’t shut up, and that he didn’t care if he got paid or not. It was wildly immature and inappropriate on his part since everyone there had paid a good bit of money to be there and see him play. I’ve never seen a professional and seasoned musician act that way before and really couldn’t believe it was happening. He kept cursing at the crowd for some time until he decided to give one more song a try. It did make the crowd subside a bit once he started playing instead of yelling, but most people had left by that point. I also thought the next was song was in bad taste because it was all about his sexual conquests and it was unnecessarily raunchy and gross. Since my opinion of him was already dropping that song just sunk the boat. The whole experience completely ruined my perception of him and I am no longer a fan. Sometimes it’s better to just know someone’s music and not them, and this was certainly the case.

Of course this whole incident was all over social media as well as the actual media, the rest of the weekend. He made headlines again for publicly ridiculing another band that had played at the festival. I highly doubt Sun Kil Moon will ever come back to NC.

But despite that strange and unfortunate end to the second day, the whole weekend was an absolute blast. Mike also celebrated his 22nd birthday on the 5th so that added even more joy to the weekend. Any weekend spent with friends and good music is a weekend well spent in my opinion. I absolutely can’t wait for next year. 8 more months is too long to wait! 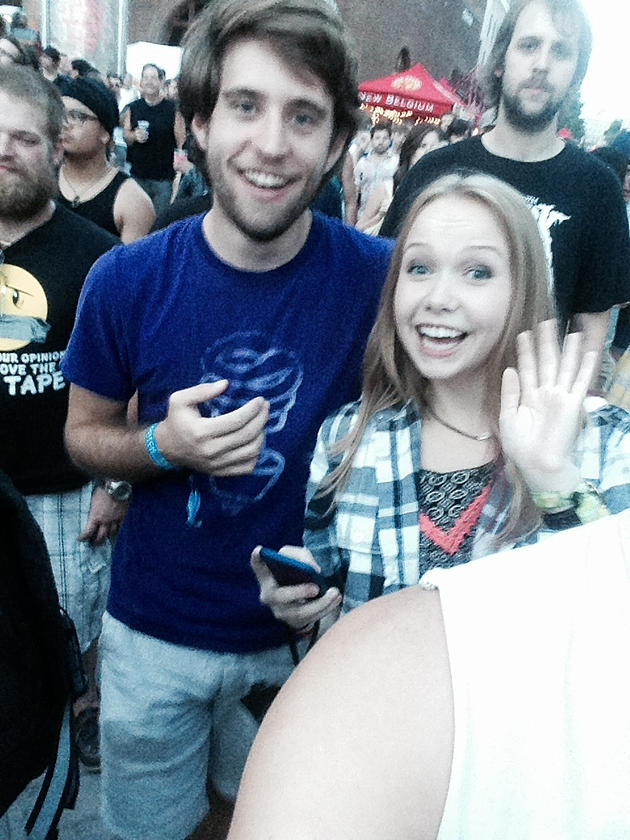 Sign up to get weekly roundup emails and exclusive deals!

By hitting subscribe you are signing up for our monthly mailing list and will receive access to our growing recourse library as well as monthly freebies, early access to products, and updates from our blog and business. For more info read our policies
A little logo and typography exploration for a blo

I played around with giving my logo a very minimal

It’s Thursday and I’m already looking at the w

What does your brand feel like?⁣ ⁣ This is one

We use cookies to ensure that we give you the best experience on our website and to understand how you use our site. If you continue to use this site, you are accepting our Policies. Accept VIEW OUR POLICIES
View Our Policies
Necessary Always Enabled